People Are Seriously Divided By Bride's Choice Of Cake Topper

A bride has caused a stir online by revealing a picture of her bizarre choice of a cake topper.

The unusual topper made its way onto Reddit, where users were completely divided by the message it appeared to be sending.

It featured a bride holding a rope lead attached to her groom, whose mouth was taped over by the word ‘yes’.

The photograph was captioned: “In a bridal group, she is looking for this topper. The word on the groom's mouth is yes [sic].” 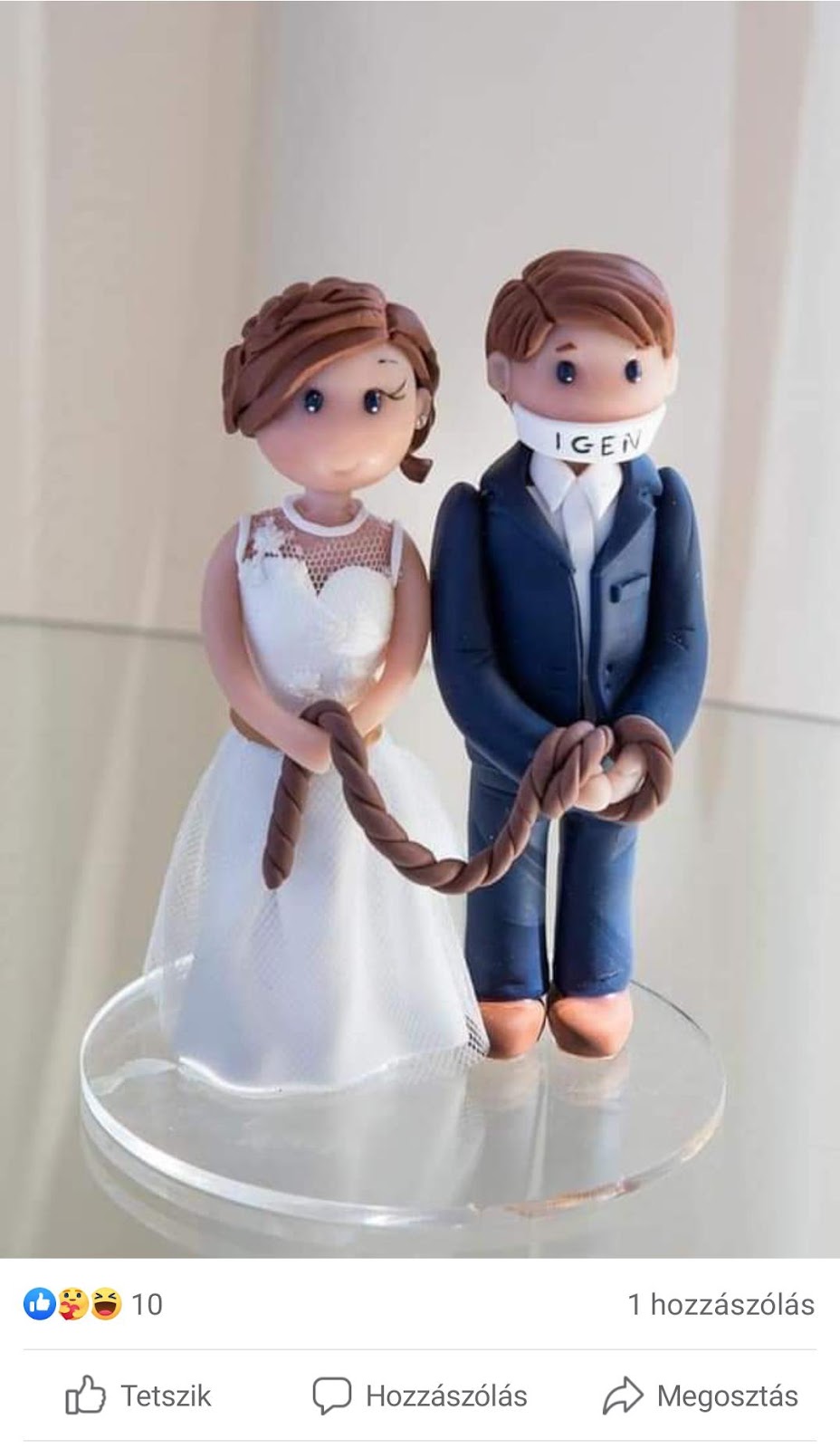 The dominating role held by the bride - albeit in cake topper form - was met with outrage by some, many of whom reacted with red flag emoji.

One Reddit user wrote: “If it was the bride that was tied up and gagged it would be a huge issue for people, but when it's groom that's shown like this people think it's funny or something OK to do.

“Either way it's not a good look for someone to be presenting their marriage like this.”

A second added: “This just annoys me so much because of the fact that forced marriage is a real thing that happens in a lot of countries, the subject matter isn't cute or funny, it happens to real people.”

A third wrote: “I am continually surprised by heterosexual cultures' way of making it seem like nobody is ever happy and they don't want to be there.”

A fourth, meanwhile, criticised the message while acknowledging that the toppers were cute.

They said: “Those are very cute, but this forced marrying trope isn’t always so funny.”

A fifth agreed, writing: “The figures themselves are adorable; but [the] situation they're posed in, yikes.”

A second agreed, adding that as long as the couple are happy, there is nothing wrong with their cake topper.

What do you think of the cake topper? Let us know in the comments.

an hour ago
Life

Cameron Diaz and Kate Winslet 'filming sequel to The Holiday'