'Tiger King' Cast: Where Are They Now?

Britain Set To Sizzle In 36C Heat Thanks To 'Fiery Furnace'

The heat is set to rise once again in Britain thanks to 'fiery furnace' blasts from the Costas.

Europe is expected to see its hottest day ever as Spain and Portugal are predicted to reach an incredible 48C, while the UK is tipped to hit 36C.

Nicola Maxey from the Met Office says: "Temperatures will increase by a couple of degrees day by day with highs in the upper 20Cs quite widely by Friday and into the low 30Cs in places at the weekend.

"Warmer air will be arriving from Iberia and the Continent from the middle of the week leading to an increase in temperatures." In the last three years, the hottest day on record in the UK is 35.5C but that could be set to change if the predictions are right.

Betting shops have even cut odds to evens on August highs beating Britain's 38.5C record set in August 2003 in Kent. 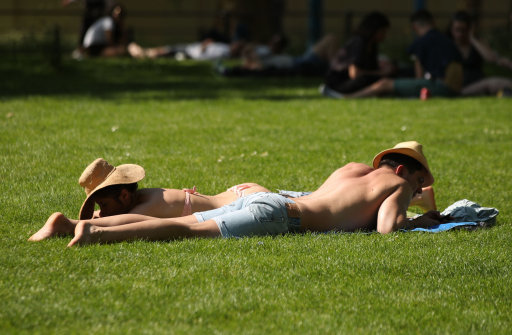 "Continental heat will move up to Britain from the south. The South and East will be hottest and it will be a warm weekend for most, although cooler in the North."

Love Island might be over, but it looks like we're still in for a long, hot summer.

Britain Set To Sizzle In 36C Heat Thanks To 'Fiery Furnace'

Michelle Keegan's 'Signed Up To Another Series Of Our Girl'