Everything We Know About 'The Christmas Chronicles 2'

Former lifeguard Joshua Aspey saved his dog's life by performing the 'Heimlich manoeuvre' after the Jack Russell began choking on a piece of cheese.

Joshua, who originally hails from Watchet, Somerset, used the skills he learned from his former summer job as a lifeguard in a bid to dislodge the blocked food from the 10-year-old pooch's air pipe.

Incredibly, the tradesman's heroic actions were captured on a CCTV camera set up in the kitchen of his parents' house.

Joshua said: "I heard her paws scraping on the tiles, so I turned around and saw her fitting.

"I just started to smack her on the back and shook her head up and down to try to bring it back up. 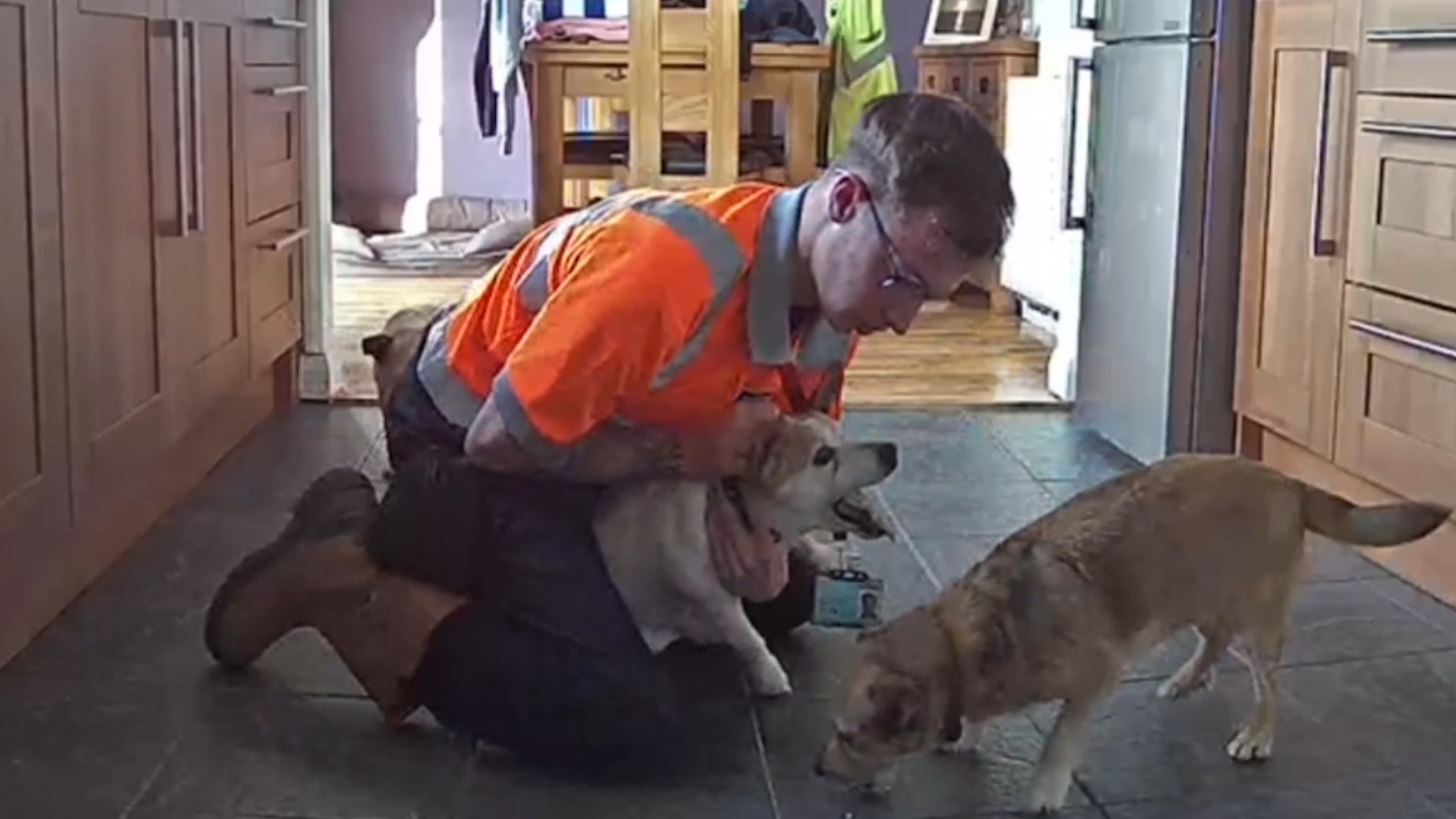 "I shook her head back and forth and the first piece came out. There were two lots of food in there."

He added: "I put my fingers down her throat to get the second bit. Seeing your dog doing that is horrible. My dogs means the world to me.

"I grew up with them and they are all I have known. They are part of the family. I used to work as a lifeguard, so have had the training on what to do if someone is choking.

"We were taught to thrust on someone's chest or hit them across the back. She is a nightmare for scoffing food - it's just what she does.

He concluded: "It was just instinct but was definitely scary. I was panicking."

The near-fatal incident happened after Joshua had shared small pieces of cheese to three of his dogs - a Border Terrier named Mickey and Daisy, the Border Terrier cross Jack Russell.

However, Sally ate too much cheese too quickly and began to choke on the pieces.

Thankfully Sally recovered soon after being filmed on the ground.

Lisa is a freelance journalist working for Tyla and the team's token Dubliner. After graduating with a MA in PR and Digital Marketing from D.I.T., she worked for MailOnline, Sun Online, Irish Independent and broadcaster RTÉ. Got a story of interest or want advice on how to pour the perfect pint of Guinness? Then email her at [email protected]