Gordon Ramsay has stunned fans with him impressive weight loss recently with many people commenting on his dramatic transformation on social media.

The celebrity chef decided to make a change after he hit the 18 stone mark, and he has now revealed the motivation behind his fitness spree.

He revealed: "My father passed of a heart attack at 53. That man never ate in my restaurant, and it pains me to think that."

Gordon was only 30-years-old when his dad passed away, and didn't want his children to have to go through what he went through. 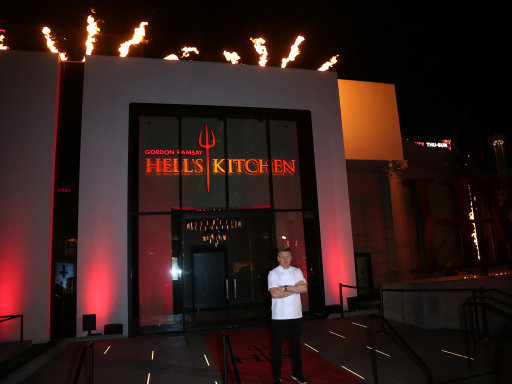 He told The Times: "I may not have got on with him, but I still miss him. I miss everything I could have had from him if he was still alive in his 70s.

"I don't want my industry to kill me. I know how unhealthy chefs are at the top level. Stress. Suicide.

ITV Is Making A New Series Of 'Gordon, Gino And Fred: Road Trip'

​So It Turns Out Gordon Ramsay Is Absolutely Ripped

"There's a big downside to cooking loads for a living. It's lethal: from obesity to heart attacks to cocaine habits."

Gordon's wife Tana also played an instrumental role in helping him get back into shape by giving him the same blunt treatment that he gives his contestants.

She said: "Gordon's famous for being blunt. I just gave him a little bit of his own medicine and basically suggested that he was getting a little wide around his middle."

a day ago
Life

Casual Sex Could Remain Banned Until June Under Lockdown Roadmap

People Can’t Get Over Bruce Bogtrotter Actor’s Glow Up